This weekend, I headed up to Wisconsin with Angela. I’d never been to the land of cheese and random weirdness before.

While there, we visited several things that could serve as gaming-inspiration: 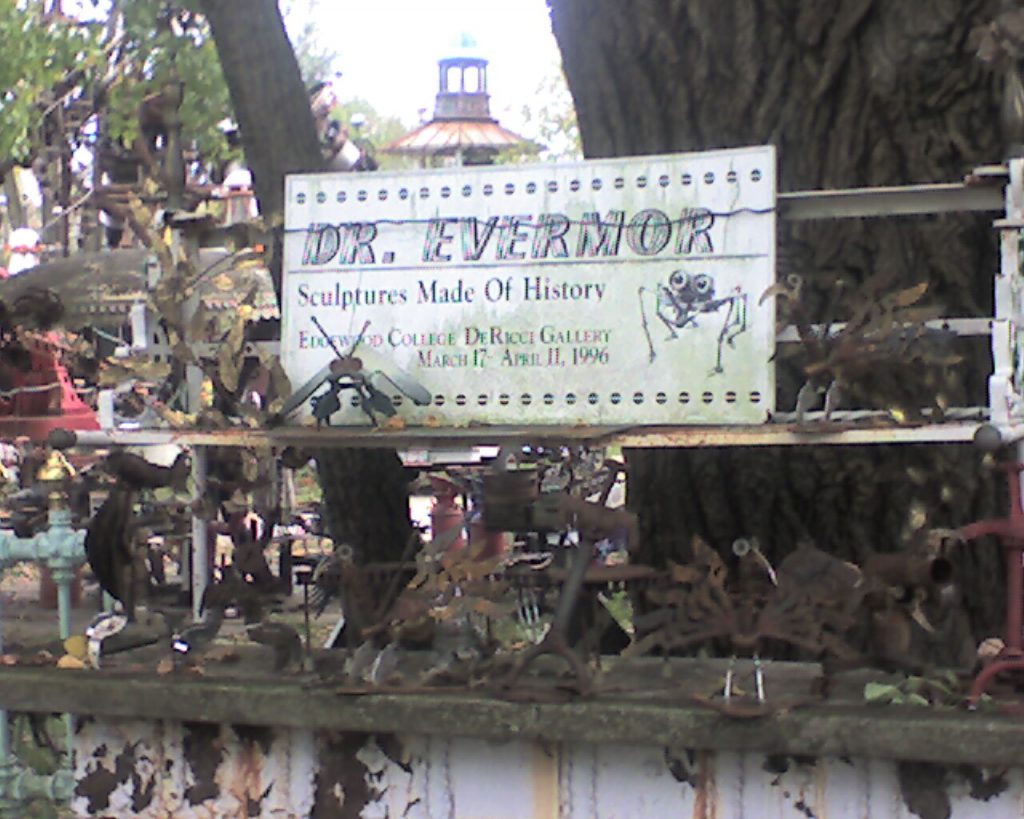 Home of the Forevertron. This place is a steampunk dreamland: 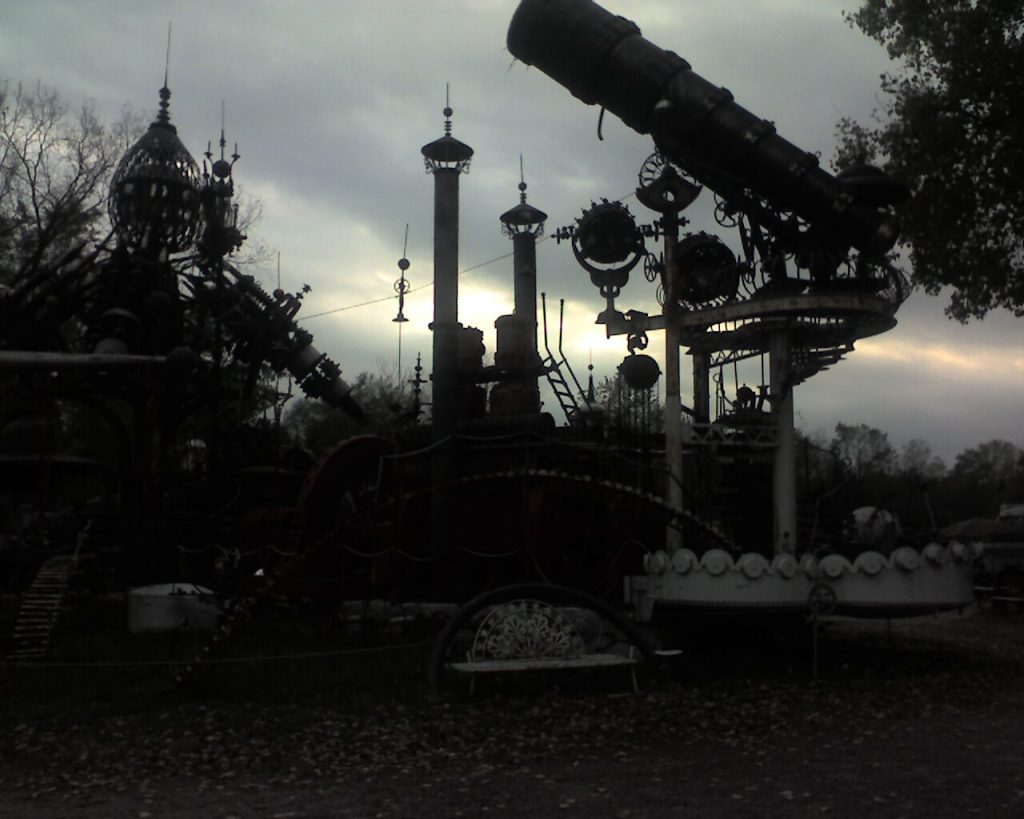 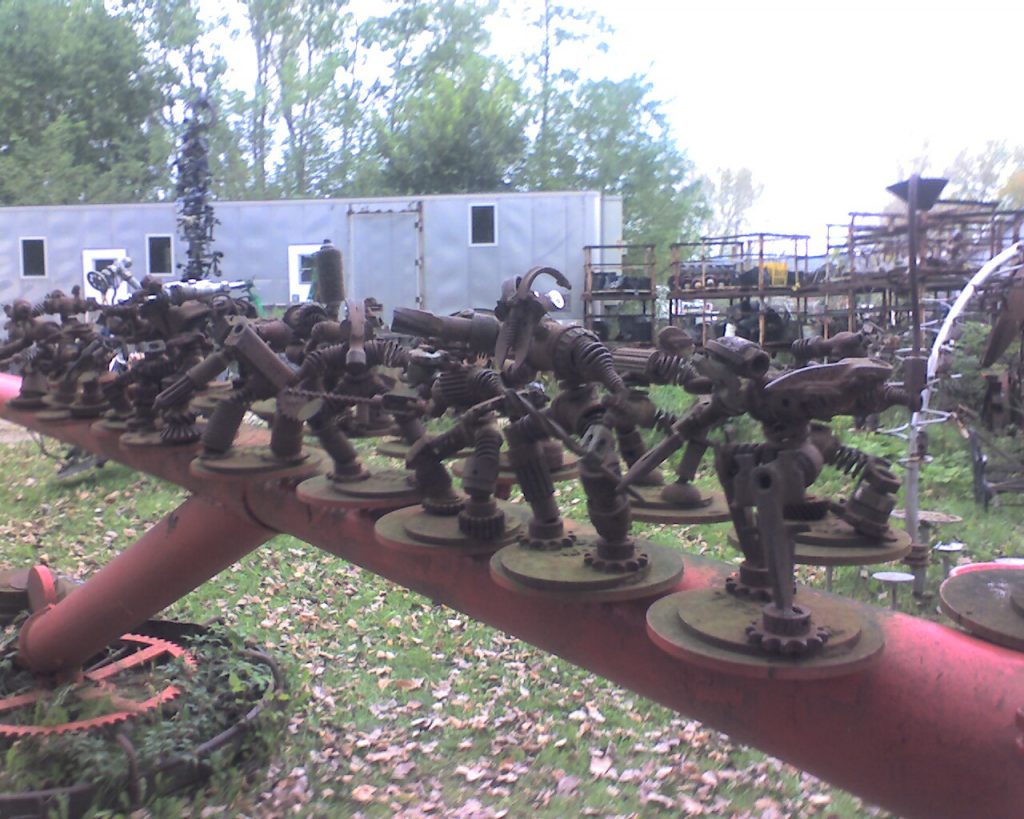 …and all kinds of other things.

This place is gorgeous. The sides of the valley/depression that the lake is in are largely covered in tumbled boulders. The boulders are mostly purple quartzite so (1) they are purple and (2) they tend to be squarish. The effect is pretty darn cool. I was climbing rocks, so I didn’t take my camera with me.

The House on the Rock

Alex Jordan must have been totally batshit insane.

You’ve probably read American Gods (and if you haven’t, you should), so you’ve probably heard of the House on the Rock. I can’t express how crazy this place is. It totally needs to be the centerpiece of an Unknown Armies game.

The house itself is amazingly cool: a rambling 13-room house built on top of/into a tall chimney of stone.

Then the addons begin. There are a series of warehouses, decorated and totally filled with… stuff. By stuff I mean:

Everything was finely detailed and the space was crammed with stuff. It wasn’t long before I was totally in sensory-overload mode.

A bunch of the Dr. Evermor stuff and the organ room at the House on the Rock can work as visual inspiration for the City of Gourm. I will eventually post some organ room pictures. I took a bunch, but I need to tweak them.