Character creation took up a good chunk of the evening.

The PCs are employed as troubleshooters by the Houdini Foundation, a non-profit which concerns itself primarily with end-of-life issues. The Foundation is involved in a number of charitable activities such as hospice care, medical research, and Make-A-Wish-style programs. The PCs, however, are part of its other area of activities. The Foundation employs divination and, among other things, sends the PCs out to prevent untimely deaths.

The PCs are called into the office of Terrence Brown, Director of Special Projects for the Foundation. He’s their boss. He hands them a dossier for Robert McGee. No. He doesn’t go by Bobby. He’s a CPA who lives about an hour away. He’ll die tomorrow. Sometime in the afternoon, probably. Brown usually has more information than this, and he’s apologetic. The case is urgent, though.

The PCs begin surveillance. Lance finds out that McGee’s accounting firm is squeaky clean. Almost surprisingly so. Ethan checks his mailbox. It has a business reply card from a men’s fitness magazine in it. He sees movement in the house. Two figures? Rory poses as a meter reader. No one opens the door, but the curtain on the door window is swept aside by someone who is not McGee. He has silver-white hair and too-pale eyes. He smiles at Rory and lets the curtain fall.

The PCs regroup. They plan a bit. They continue their stake-out, and Lance and Joan head to the front door. Lance notices a vase of red roses through the window. 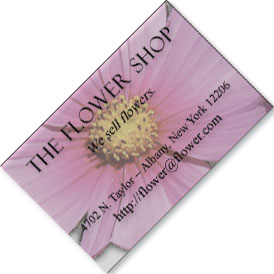 Then there’s a blood-curdling scream. They’re in the door, and Rory and Ethan aren’t too far behind. The run through the house. Reach the bedroom. It is covered in blood. Blood and a Thing. The thing is like a wolf. They make this connection because it’s the closest reference they have. It’s like a wolf, but it is too big. Much too big. It has arms and legs and they both have too many joints in them. It has no eyes. Its sockets have been sewn shut. It has no ears, just gaping holes in its head, dripping blood. It has a mouth, though… pieces of McGee are in it. Pieces he needed. It also has a nose. The nose twitches, and it turns toward them.

There’s a fight. Two of the PCs have guns. Lance doesn’t, but he rushes in anyway. Ethan stands in the doorway, mostly in shock. None of them have ever seen anything like this. The thing practically fills the room, so it isn’t hard to hit. The PCs manage to knock it off balance and take advantage of that fact. Soon it is so full of lead that it just dies.

They load the corpse into Rory’s pickup. They search around the house. There’s no sign of a struggle except in the bedroom. No sign of entry, either. Lance notices the flower vase. It’s filled with wildflowers now. Not roses. They take the business card of the flower shop. It’s odd.

They head back to the Foundation. Evelyn, Brown’s secretary, comes out to check the corpse. She seems surprisingly unfazed by this. Brown is upset. McGee wasn’t supposed to die until the next day. Something went awry. He’s bothered by the beast they killed, but explains that the Foundation deals with these things from time to time. They have another team that deals with them explicitly. He’s worried that this thing killed McGee before the PCs could intervene. Was it intentional? He’ll send the other team to investigate. In the meantime, the PCs will have to take over its current assignment.

End of Session One

(We actually only got through about half of what we planned for session one here, but that’s OK)