As mentioned previously, I recently started running a new Pathfinder game. It is set in Kor, an enormous, ancient Dwarven city-state. 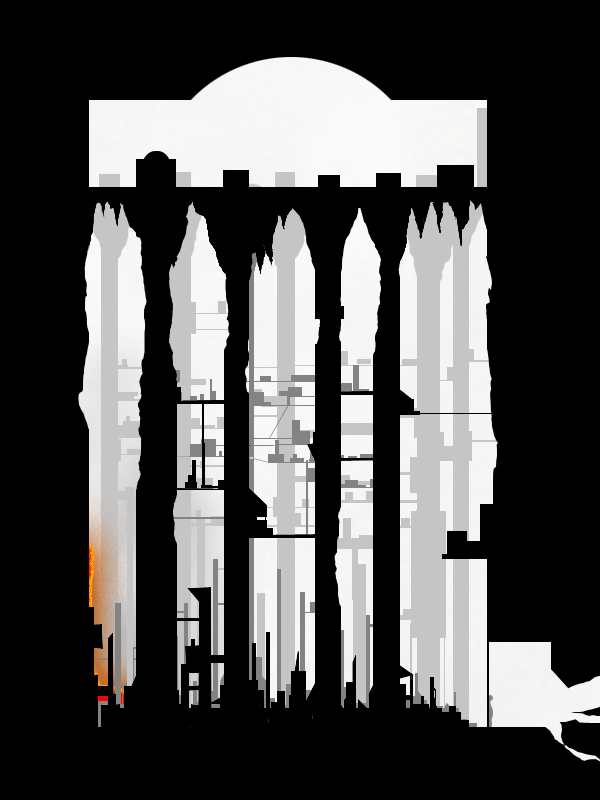 Kor means “home” in Dwarven.
Kor is more than a city. It is nearly a nation into itself. The Open Market – where dwarves trade with outsiders – is itself larger than most human cities were… and it only occupies a corner of the floor of the enormous cavern that is Kor.
Depending upon how you look at it, Kor has either three or twelve main sections. The cavern is dominated by twelve enormous pillars – formed where giant stalagmites and stalactites merged. Each of these is owned by one of the twelve Great Clans. Within the high city, each of the pillars is capped by a huge keep. The pillars themselves are filled with passages and chambers and have structures built upon them. They serve as the homes for many of those in one of the twelve clans. The outside of a pillar might be covered with shops, artisans’ studios, cafes, and taverns run by those in the clans.
Those outside of the clans live in the Low and Middle cities.

The PCs in the game I’m running aren’t dwarves. They are members of the aforementioned refugee class – most of whom are humans.
Seventeen years ago, the sky went dark. The surface became uninhabitable and nearly devoid of life. Horrors came out from the dark corners of the world to which they had been banished.
Some few surface dwellers took shelter where they could. Kor was one of the places they were welcomed. Still, the dwarven society changes slowly… and it was not built to accomodate a sizeable minority of non-dwarves.
The game is going to focus on political intrigue, mystery, prejudice, and destiny… with a healthy dose of high weirdness.